LAND SURVEYING IS IMPORTANT TO OUR HISTORY 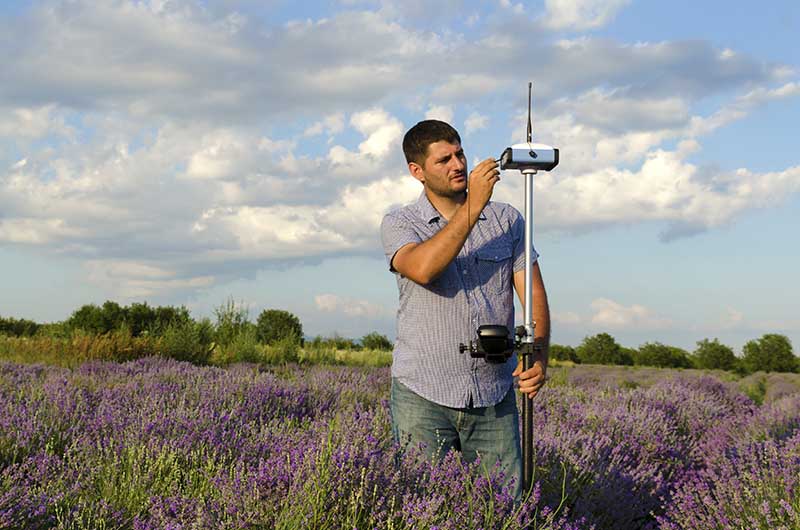 The science and practice of land surveying began in the ancient times of the Pharaohs in Egypt. Surveying and the concept of private property seem to go hand in hand. Before the concept of private property and the administration of land use, there was only rule by strength of force. In Egypt, the administration designated private property as farm fields which could be assigned to individuals who would pay a percentage of their farming profits for the use of the land. In order to organize property and set boundary limits, surveying in a crude form was implemented. Rope-stretchers armed only with a crude sighting instrument, the dioptra, and their measured ropes would delineate individual properties for their owners and ultimately for the administration to know the owner of the land in order to collect taxes.

The Greeks with their love of mathematics applied math to surveying. It was Pythagoras who developed his theorem for the area of any triangle. The Pythagorean Theorem is a valuable concept learned by every surveyor since the discovery of the Theorem in the sixth century before the Christian era (BCE).

After the mathematical advances by the Greeks and a slowly evolving dioptra, the Romans used the science of surveying in the building of roads and aqueducts for the expansion of their empire.

As the concept of private property became entrenched in civilization, the science of surveying was there to accommodate the land owners whose properties would serve as a tax base for the administration surveying the land areas under their control.

The science of surveying continues as an integral part of civilization and as private properties multiply so too does the need for competent surveyors. They are easily recognized by their use of a very advanced dioptra called a theodolite transit mounted on a tripod accompanied by a helper holding a specially designed surveyor’s rod. The need for surveying and surveyors will only amplify into the future as new technology including GPS and laser marking extend the tools used by surveyors and produce more accurate measurements. With all the technical advances in surveying, it is still important to think back to the Egyptian rope-stretchers and their simple dioptra and recognize their efforts which market the very beginning of the science of surveying.

SEND US A NOTE!